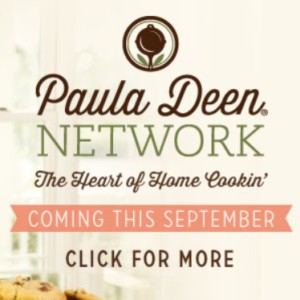 We mentioned, in a post last spring, that it was coming… Now it’s here! …Almost. Paula Deen’s new foray into broadcasting has opened its doors on the internet and is apparently attracting a lot of interest among her many die-hard fans and followers. Just one catch… 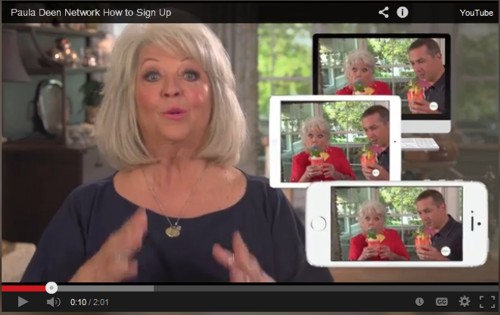 Paula Deen is back, Y’all! …Sort of. She’s launching her own Webcasting operation
the end of September. Among the other heroic aspects of her new project is
her decision to follow a paid-subscription business model. Very few
websites have thus far succeeded on this basis. We’ll see…
(Click on image above for a taste of Paula’s pitch!)

…Access to The Paula Deen Network is available only by paid subscription.

While this business model has traditionally failed miserably for other hopeful website startups, it just might fly for Deen, whose ardent fans have stuck with her through a series of scandals in the last couple of years which saw her shunned by her traditional sponsors and marketing partners, sued by a former employee and continually embarrassed by her own brother, Bubba.

A (US)$9.99/month subscription gets you access to lots of content – especially Paula’s how-to videos on recipes and culinary techniques – plus:

So… There you have it, Paula Deen fans!

The Paula Deen Network goes on the air, on the Web, on September 24.

I, for one, will be curious to see how many and what sort of marketing partners and sponsors she has been able to attract…

2014-07-24
Previous Post: So… You think you know What NOT to Nuke?
Next Post: What’s with the Ontario Milk Packaging Debate?