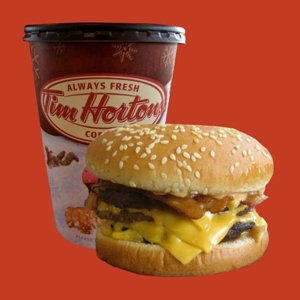 Is Tim Horton’s in Danger from BK Merger?

A recent column in the business pages suggests that Tim Horton’s – a Canadian institution – may suffer serious corporate predations and humiliations under the ownership of Burger King and, by association, BK’s master, a shadowy holding company known only as 3G… 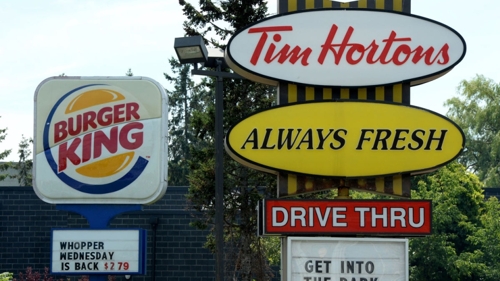 Tims and BK are already close on many neighbourhood ‘main drags’ across Canada,
as this photo, courtesy of CTVnews.ca, amply illustrates.

Okay… 3G isn’t all that shadowy. In fact, it’s the ultimate owner of many of the world’s top brands, including Burger King and, now, Tim’s. But a new study of how 3G makes its profits reveals some troubling things.

First, the report, by the non-profit Canadian Centre for Policy Alternatives (CCPA), notes that 3G likes to ‘lean down’ its acquisitions by raising prices for what they sell and cutting costs. That’s always been bad for acquisitions, at least for the things customers likes a about the businesses before they were acquired; the extra little touches that a profit-only-driven approach cannot accommodate.

The CCPA study concludes that the acquisition – which, by the way, has not gone through yet – could result in massive job cuts, huge tax losses for the Canadian economy and, as time goes by, major service and product quality declines,

Such a situation was foreshadowed when Wendy’s briefly took over Tim’s back in the 90s and, among other things, put an end to in-store baking – one of things that had made Tim’s the undisputed king of doughnuts in Canada.

On the other hand, this grim future is unfolding against a background of growing competition in the Coffee-and-Bun market, especially on the Coffee vector. McDonald’s surprised many by upgrading their coffee a couple of years ago, in response to the undeniable challenge from other Coffee purveyors. That prompted efforts by most of the players in the game to raise their profiles in the market niche. Tim’s has responded to the latest round of challenges with a mega-advertising campaign for its new Dark Roast alternative, designed to draw lovers of other brands which have traditionally been much higher priced but offered a greater variety of roasts and service styles.

And so it goes.

Tim’s is not the ‘sure thing’ it used to be. Other franchises are now seen to have just as much promise for investors. Even the ancient and venerable A&W brand is making a comeback in Canada.

It’s a bad time for anyone – especially Tim’s – to institute service and product quality cuts.