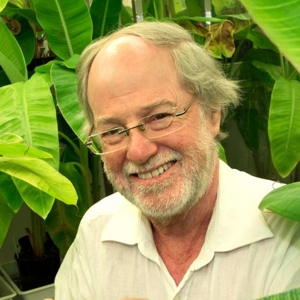 Golden Bananas Could Save Kids’ Lives!

Over a million children in third world countries go blind or die each year from ailments associated with Vitamin A deficiency. That was the statistic a Queensland University of Technology professor wanted to change when he started a plant-engineering project to make native Bananas richer in Vitamin A… 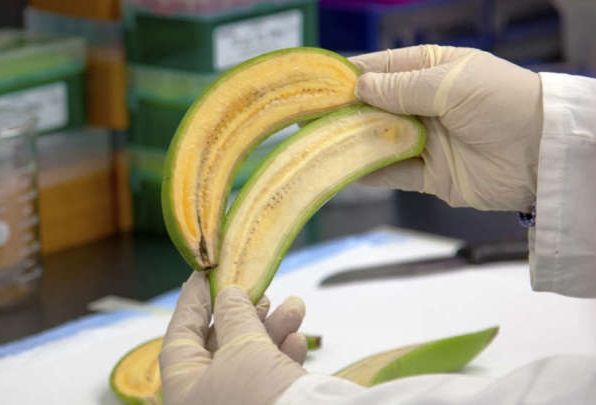 The Golden Banana (top) is richer in Vitamin A and other nutrients,
as indicated by its yellow flesh.

Professor James Dale saw that 650 to 700 thousand children in East Africa were dying and several hundred thousand more were losing their sight due to Vitamin A deficiency. One of the chief food products of the area is the Banana, but the local variety is low in Vitamin A. Everyone there eats them, though, so what better vector for introducing a natural ‘supplement’?

So Dale put together a team of fellow PhDs and proposed a development project to the Bill and Melinda Gates Foundation which would cerate a new strain of East African Banana rich in Vitamin A. Bill and Melinda gave them (US)$10 million. Wow!

The goal was to splice Vitamin A genes from another Banana into the local Banana and propagate the new strain for quick production where it’s needed. As a result, Dale has created what he calls the Golden Banana, the answer to the problem. Thanks to the Gates’, farmers in East Africa may be able to start producing the new Bananas as early as 2021.

“What we’ve done is take a gene from a banana that originated in Papua New Guinea and is naturally very high in pro-vitamin A but has small bunches, and inserted it into a Cavendish banana,” Dale told reporters. “Over the years, we’ve been able to develop a banana that has achieved excellent pro-vitamin A levels, hence the golden-orange rather than cream-coloured flesh.”

Dale’s project is an example of a relatively new technology scientists call biofortification, the fortification of plants and animals through genetic engineering to be more nutritious. Up to now, we’ve been making up for natural deficiencies in fruits, veggies and other foods by adding nutrients to foods during processing and taking supplements. Dale says – and I agree – that the natural way is best.