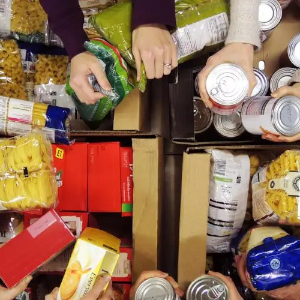 Further to Wednesday’s post on food insecurity… UK Conservative Member of Parliament for Ashfield in Nottinghamshire, Lee Anderson dared to say, during a House debate, that food poverty is caused by a lack of cooking and budgeting skills among the poor… 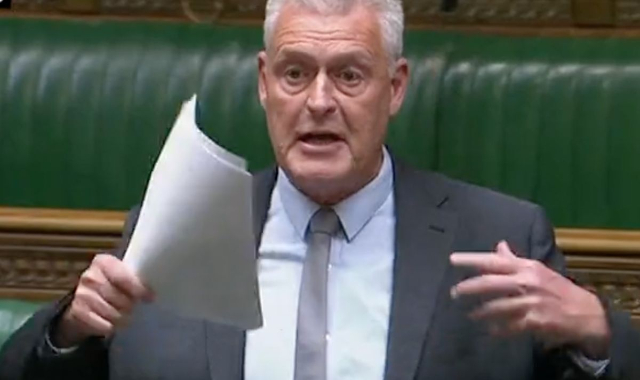 “There’s not this massive [need] for food banks in this country.”

“When people come now for a food parcel, they have to register for a budgeting course and a cooking course,” Anderson said, referencing a food bank where he volunteers. “And what we do at the food bank, we teach them how to cook cheap and nutritious meals on a budget. We can make a meal for about 30p a day, which is cooking from scratch.”

That ’30p’ translates to (C)$0.48 Canadian or (US)$0.37 using today’s official conversion rate. If it sounds like an impossibly small amount per plate to pay for a nutritious meal, I think you’re right. And a whole raft of British MPs – including some in his own party – agreed. But Anderson didn’t stop there:

“I think you’ll see first-hand that there’s not this massive use [need] for food banks in this country. You’ve got generation after generation who cannot cook properly. They can’t cook a meal from scratch. They cannot budget.”

Labour MP Karen Buck, Opposition work and pensions critic, shot back an emotional response: “In the world where people actually live, we now hear daily heart-wrenching stories of families going without food and others unable to turn their ovens on for fear of rising energy bills. […] The idea that the problem is cooking skills and not 12 years of government decisions that are pushing people into extreme poverty is beyond belief. ‘Out of touch’ doesn’t even cover it.”

Liberal Democrat work and pensions critic, MP Wendy Chamberlain said: “These comments are disgraceful and an insult to millions of hard-working people who are struggling to put food on the table for their family through no fault of their own. […] Lee Anderson should apologise straight away for his shameful and stigmatising remarks.”

Outrage spread quickly to the social services sector where spokespeople for many different agencies and advocacy groups took turns tearing strips off Anderson.

Noted anti-poverty campaigner and budget cooking expert Jack Monroe, said in a tweet: “You can’t cook meals from scratch with nothing. You can’t buy cheap food with nothing. […] The issue is not ‘skills’, it’s 12 years of Conservative cuts to social support. The square root of f**k all is ALWAYS going to be f**k all, no matter how creatively you’re told to dice it.”

Even Liz Barrett, spokesperson for the organization that runs the food bank where Anderson volunteers, admitted that, while many people assisted by the food bank were helped by courses in cookery and budgeting, others were simply ‘destitute’.

So… Can you make a nutritious meal for 30p per plate?

Let’s use spaghetti and plain sauce with a side salad as the example. We’ll cite house-brand or no-name products.

Our salad consists of lettuce, tomatoes and dressing. A medium-sized 6 in. / 15 cm head of plain old iceberg lettuce currently costs an average of $2.97. That translates to 6 standard portions at $0.50 per serving. A nice, ripe beefsteak tomato can be had today for around $1.75. That’s 4 average servings of 3 slices each, at $0.14 per serving. Let’s say you already have oil, vinegar and some herbs and spices for a simple vinaigrette dressing.

By my reckoning, that’s $1.05 / 66p per serving for the plainest of cheap pasta dinners. Where the heck did Anderson get his 30p figure?

I have to ask why Anderson went off half-cocked on his anti-poor rant in the first place. It’s obvious to anyone with even a grade school education that what Barrett and Monroe said is the plain, unvarnished truth: You can’t buy cheap food with nothing. And that’s the root from which the food insecurity crisis grows.

Anderson’s motives for bringing the matter up are clearly political, not practical. And his assertions about the causes and cures of food insecurity are facile and flawed at best.

Does he really think people – especially his esteemed parliamentary colleagues – are stupid enough to believe that folks at the bottom of the social ladder, facing soaring energy prices, rocketing food prices and an overall inflation rate that hasn’t been seen in 30 years, can get out of their ‘very difficult cycle’ without help? Or is he so stupid that he actually believes his own nonsense?