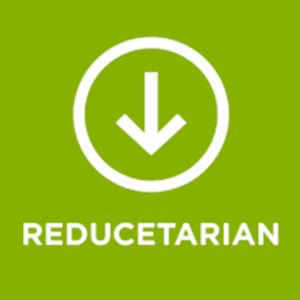 Reducetarianism: Yes, This Is A Legitimate ‘Thing!

You’ve heard of Veganism and Vegetarianism, in all its shades and hues. And I assume that anyone reading this post also knows what omnivores and carnivores are. Most of us are – by choice or cultural tradition – somewhere on the all-meat / no-meat dietary continuum. But now there’s a new identity you can aspire to… 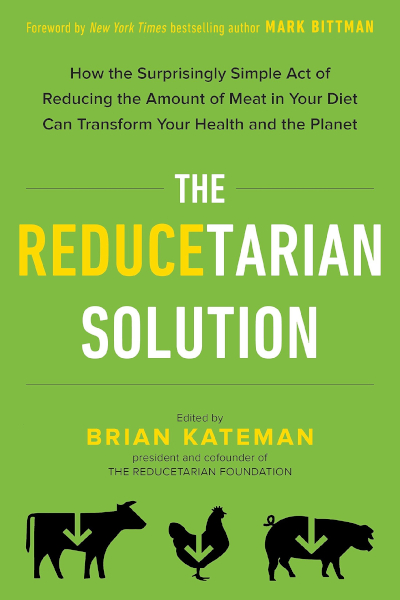 The Reducetarian Foundation (RF) describes its mission as, “…to improve human health, protect the environment, and spare farm animals from cruelty by reducing societal consumption of animal products.” Which is right in tune with the organizations ‘vision’: “A world in which societal consumption of red meat, poultry, seafood, eggs, and dairy is significantly reduced.”

The RF’s programs pretty much cover the whole map on their core issue: Education, Engagement, Innovation and Research.

One thing that sets Reducetarianism apart from other pro- and anti-meat movements is that it doesn’t call for slavish, totalitarian adherence to its tenets: “In a few words: it’s not all-or-nothing. We celebrate the small changes in personal and institutional behavior that collectively result in a significant difference in the world.”

How comfortable are you?

I based my personal assessment on one question: At what point in my entire adult life (during which I’ve had full freedom to choose what I eat), have I felt the best and been physically fittest? That was easy. I was 25, in my prime as a City Hall reporter for the leading radio station in my city, and pretty darned active all day long.

That last bit, about being constantly active, is an important one. Everyone who calls themself an expert insists that diet and maintaining an ideal weight. I was running up and down hallways all day most days, punctuated by trips up and down the back stairs between the second-floor committee rooms and council chamber, and the fourth floor press room. Not to mention the scrums and news conferences, and chasing council members around trying to get a sound bite.

Back then, I wasn’t a certified chef de cuisine or even a food writer. But as a recent post recounts, scientists say humans seem to have a built-in sense of what’s good for them. And hindsight reveals that I came up, almost by accident, with what was a pretty near perfect balance of nutrients in my accustomed evening meal.

On nights when I wasn’t working late at a council meeting or some evening event associated with my beat, I usually just threw together some stuff in a medium sized saucepan and let it simmer. The ingredients usually included a handful of frozen peas, another of frozen corn kernels, and a cup of brown rice. On top I would array some cubed or julienned cheddar cheese or deli meat. Maybe some shredded chicken if I had some left over from making one of my occasional entrée salads. The key to getting the simmered component just right turned out to be cooking it until the rice kernels popped, then draining the rice and veg through a fine sieve.

To get the full Young Maggie James Go-to Supper experience, dump the rice and veg back into the hot pot and top with the meat and cheese. And be sure to eat it in small mouthfuls off the tip of a big serving spoon.

I was, in fact, eating enhanced rice and beans (the frozen peas) which provided a full dietary protein, some corn a little hit of sweet and a little meat and dairy to jazz up the flavour. If I had been thinking (or cared at that time of my life), I might have added some spices or herbs to make the dish even more interesting.

Now, compare that supper with the average Asian meal. Rice (often with or beans or lentils aside), lots of steamed or stir-fried veggies and small amounts of animal protein. Today’s experts say that’s one of the healthiest ways to eat. And the many Asian folks live to well over 100 seem to prove it. Did my inbuilt, ancestral sense of what’s right to eat guide me, even if I was totally unaware of it? I think so.

Now, compare the Asian regimen and my old, faithful busy-career-girl diet to the current official recommendations in Canada’s Food Guide (and those of most of the other countries in  the Western World). Well, well! Look at this: Lots of veggies, small servings of proteins, and a quarter of your dinner plate covered with whole grain products.

Just as an aside, my super supper aces even the Asian meal in one respect: it uses brown rice (a whole grain) rather than processed white rice.

Which brings us back to Reducetarianism

To round out the magic circle of nutritional similarities in al the dietary regimes we’ve mentioned today… Reducetarianism calls for much the same mix of foods on its classic plate: lots of veggies (including veggie proteins), whole grains and a relatively small amount of animal protein. Maybe it’s the practical way for the majority of us to go., rather than cutting out animal protein altogether.

And to think! I was doing it all by myself – um – quite a few years ago, now…