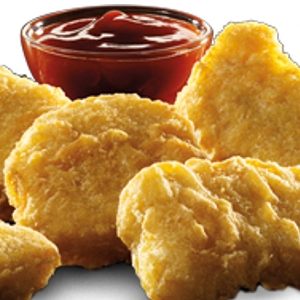 I was shocked to read that there are kids – even young adults – today who don’t know what a Boneless Wing is. What’s worse is, some of them aren’t even sure if Real Wings actually have bones. Enter, Ander Christensen…

x
Mr. Christensen, of Lincoln, Nebraska, is on a crusade to clarify the muddle that has come of the indiscriminate labelling and marketing of various Chicken-based objects as ‘Boneless Wings’.

Christensen appeared before Lincoln’s City Council this past week, warning of a dire disconnect that’s developing between the real world and restaurant menus, and demanding that something be done – and soon – to clearly define what Boneless Wings are, and, in fact, differentiate them from other ‘foods’ with a new name that’s universally recognised and understood.

“Lincoln has the opportunity to be a social leader in this country,” he said, in his presentation. “We have been casually ignoring a problem that has gotten so out of control that our children are throwing around names and words without even understanding their true meaning, treating things as though they’re normal.”

What they really are – and aren’t

All ‘Boneless Wings’, for those who stumbled across this post and don’t already know, are really one of 2 things:

They may be flat, vaguely Drummie- or Flattie-shaped Patties of deboned Chicken Meat (probably from Breast Meat trimmings; remember Pink Slime?), breaded and seasoned with Salt and Pepper, and other Herb and Spice flavourings.

They may be chunks of actual Breast Meat shaped like little drummies or no, that are sized about the same as smallish real Wings, and breaded and fried like Real Wings, and served with the same dipping or dousing Sauces.

Either way, they’re products that are more closely related to Chicken Tenders than they are to Real Wings.

What they aren’t are real Wing Meat. And that, hard core Wing aficionados insist, is what really differentiates a Real Wing from a faux, ‘Boneless’ Wing.

When I Googled “Why are they called ‘boneless wings’?” I got back some interesting – and frightening – references under the heading ‘People also searched for’:

And that’s just the beginning…

A couple of decades ago, the government was debating hotly whether to let small Craft Breweries operate in competition with the mega-Brewers, making their own proprietary brands and selling them in their own bars and restaurants. These establishments were dubbed Brew-Pubs, and I was part of a grassroots consumer group supporting the idea. Modeled after the UK’s Campaign for For Real Ale (CAMRA), the effort was eventually successful. And I got a special mention for helping to draft (no pun intended) the official CAMRA Canada submission to the appropriate government committees.

About a decade ago, culinary fire-breather Gordon Ramsay came up with the idea of a Campaign for Real Gravy (CAMRAG) to put a small restaurant in the North of England on the map by guerilla-promoting its locally beloved Yorkshire Puddings and Gravy.