research on cooking and cuisine that reveals social, political, religious, and economic practices in the past, and has a unique ability to engage the present with the past through" />
Skip to content 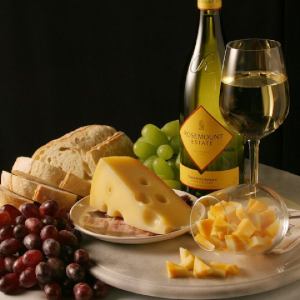 Yes, culinary archeology is a real academic discipline, defined as, “research on cooking and cuisine that reveals social, political, religious, and economic practices in the past, and has a unique ability to engage the present with the past through public outreach and solutions to food-related problems.” 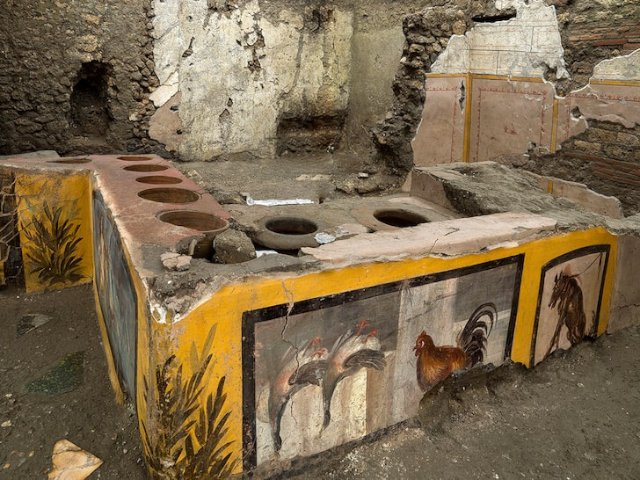 Once you’ve waded through that lugubrious ivory tower definition, you realize that even in food and cooking, it sometimes helps to look to the past for solutions to the problems and of the present. Thus, it promises to be a valuable tool in meeting the food and nutrition challenges presented by climate change. But the ‘social, political, religious, and economic practices of the past’ aren’t half as much fun as investigating what may be some of the world’s oldest dishes that we still enjoy today.

So I went in search of the true classic dishes and cooking methods, wondering how far down through history I’d have to dig to find ‘the beginning’…

Cheese/Yogurt/other Fermented Dairy Products have been around for uncounted millennia. I like the origin story – postulated by culinary archeologists, I might add – that the first cheese was made by accident when nomads placed milk in a water skin as a provision for the next leg of their journey. By the time they got around to using it, after a long hot trek across the countryside, it had curdled and separated into curds and whey. At some point soon after, folks discovered that the curds, with the whey drained off, travelled much more easily than milk. The rest, as they say, is history.

Bread may be the most ubiquitous food in the world. Wikipedia compresses the vast span of bread’s history thus: “Bread is one of the oldest prepared foods. Evidence from 30,000 years ago in Europe and Australia revealed starch residue on rocks used for pounding plants. It is possible that during this time, starch extract from the roots of plants, such as cattails and ferns, was spread on a flat rock, placed over a fire and cooked into a primitive form of flatbread. The world’s oldest evidence of bread-making has been found in a 14,500-year-old Natufian site in Jordan’s northeastern desert.

“Around 10,000 BC, with the dawn of the Neolithic age and the spread of agriculture, grains became the mainstay of making bread. Yeast spores are ubiquitous, including on the surface of cereal grains, so any dough left to rest leavens naturally.”

Wine. The earliest evidence of wine comes from what is now the Republic of Georgia, located between the Black and Caspian seas, c. 6,000 BCE. Next came Persia (Iran), Sicily, and the Balkans, at about 1,000 year intervals. And, of course, Ancient Greece and Rome just wouldn’t have been the same without Wine! The world’s oldest continuously producing vinyards are believed to be in Bulgaria. You know that wine contains alcohol and has been consumed recreationally since it was first ‘discovered’. By that I mean, the first wine resulted from the natural fermentation of grapes left to their own devices. (Parallels there with cheese!)

You might not know that Wine was long used medicinally and as a preservative. Most serious cooks consider wine equally important as an ingredient in classic European recipes (mainly Italian and French) as it is as a beverage.

Stew. This category also includes simmering, braising and other process that may be described at their most basic as ‘low, slow cooking of meats in a bath of liquid over a fire’. And it goes back a good 7,000 to 8,000 years. Of course, what we call stewing now covers a wide variety of dishes employing a wide range of liquids and just about any meat you care to choose. Not to mention all the different veggies and other ingredients you can toss in to make the dish specific.

Technically, soup and stew started together, and differentiated later for reasons we can only speculate on. Virtually every culture on record has had a stew and or soup tradition in its kitchen. What I like most about stews and soups is, they’re easy to make, can be left to simmer on their own, and develop amazingly complex and robust flavours!

Tamales. We associate these bundles of culinary joy mainly with Mexico, Central America and the Caribbean, but they have an ancient and venerable pedegree. Defined simply as stuff wrapped in corn masa and rolled a banana or other leaf, or corn husk, and steamed, Tamales go back at least 5,000 years, to the ancient Mesoamerica, and were later adopted by the Olmecs, Toltecs, Aztecs, and Mayans. Like  many food inventions, Tamales are thought to have been developed as a convenient, self-contained, single-serving package that soldiers could easily carry with them in the field. Perhaps, the earliest version of the modern MRE!

Pancakes. We take them for granted, but it’s intriguing to know that Pancakes are among the oldest non-bread baked goods. The story of the oldest evidence we have is even more interesting. Remember Otzi, the Ice Man? Whose naturally mummified remains were found frozen stiff on a high pass in the alps in 2991? An examination of his innards revealed what he and his pre-historic kin were eating. And one of the things was a pancake. That was 5,300 years ago.

The Ancient Greeks, called them tagenias or teganites (from the word tagenon meaning ‘frying pan’). Made from wheat flour and olive oil, they were cooked on a clay slab over an open fire.The Greeks served them with honey, for breakfast. No so different from our modern tradition. The Romans called them statitites, and topped them with sesame seeds, cheese, or honey.

Today cultures around the globe have enshrined a pancake of some description in their national recipe books: from crêpes (as in France, South Africa, Belgium and elsewhere), to thick heavy slabs like banana- or plantain-based kabalagala in Uganda, to fermented rice dosa in Southern India.

Curry. The Indian staple goes back at least 4,600 years and has since migrated around the world. Even Germany has Currywurst (sausage with Curry Sauce) on its most-loved list of national faves. We’re advised that ‘curry’ comes from the Tamil word, kari, which means sauce. And, indeed, most curries are sauced, though there are a few dry-spiced, grilled classics scattered across the greater Asian menu.

Cheesecake goes back at least 4,000 years, when it consisted of top and bottom layers of biscuit or pastry crust stuffed with a sweetened cheese mixture. The Ancient Greeks are said to have consolidated the treat as a formal recipe using a mixture of honey, flour, and soft cheese. The dish was usually kept for special occasions and often appeared at weddings. As with other classics, the Romans next put their stamp on Cheesecake, and the desert made its way to Europe with Catherine de Medici when she married Henry II of France. From there it was a short step to the rest of the world, carried with them by the folks who emigrated from Europe and what is now the UK during and after the late Middle Ages. I’ve never run into anyone who doesn’t love Cheesecake…

The Burger may have got its modern name from Germany, but its history harkens back to 4th century Rome, when one of the first great Italian cookbooks was compiled. They called it isicia omentata, a patty of minced beef combined with pine nuts, white wine, various condiments and Garum fish sauce, cooked over an open fire and served without any sort of bread or toppings, but with a side salad. Curiously the modern burger only emerged as  big ‘thing’ during the late 19th century, and it’s historians have not really given adequate care and attention to its Roman roots – in my humble opinion.

How many did you already know?

I’ll admit that I only knew a couple of the stories related above before plunging my metaphorical trowel into the history books. If you enjoyed today’s post, let me know, and I’ll research other unexpectedly ancient foods!

2022-06-30
Previous Post: Baked Oatmeal: Finally, A Truly Healthy ‘Energy Bar’?
Next Post: A Diet For All Seasons? The Six Foods Of Henry VIII?